the best of intentions... 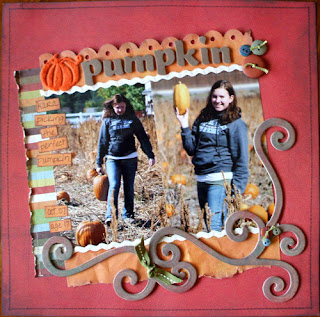 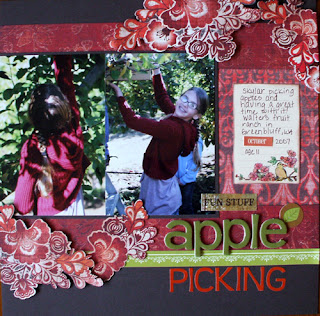 I had the best of intentions to update this thing at least every other day. I sat down Monday and then got sidetracked, the same thing on Tuesday and yesterday I just wasn't in the mood. So today I will update the week thus far.

My surgery is going to be on Dec. 20th at 2:30PM. Just two weeks from now I will have a huge gash from the inside of my ankle up to my lower calf. I am not so much worried about the surgery as I am the recovery time and this is starting to hit me. I am not patient and I am going to have sutures in for 13 days which means no weight on my foot period. I am a pretty tough person, but I just have to say that I am pretty stressed out right now and I have been crying off and on throughout the past few days. I think a lot of it is relief that this really could be the answer and all the pain and mental and physical affects of this *should* be corrected and I will be "myself" again soon. And then there is the recovery. It's going to be a long road and it's still going to be weeks before I am walking and bearing weight again and I am just so tired already. At least for the past few weeks I have been able to put some weight on my foot using the crutches for the main support, but it's been a nice break for my upper body. Not to mention the possible effects of the surgery which I just pray don't happen. The unknowns are what scare me the most.
We've had some issues with Nathan that add to my stress and between everything I have hardly been able to sleep. I just can't shake this cold and it's just getting worse. My nose is congested and every now and then it runs like crazy which sucks, I have been sneezing non-stop and my throat is screaming. (Karma for making that card for Rachel I am sure... lol!). I am chilled and exhausted, but I just can't sleep more than a few hours at a time. I am drinking some extra wine tonight in hopes that it will be just enough to knock me out. After Grey's of course. ;)

OK, on a positive note... Monday was a nasty rainy and windy day, however there was no snow on the ground and I was able to get out for the first time in a week by myself so I went for it! I took some things back to get refunds/exchanges and then finished all the kids stocking stuffers. I hobbled around Target for over an hour with one crutch using the side of the cart in place of the other crutch. Not an easy task in the least, and it was exhausting. My ankle was screaming afterwards, but it was well worth it because it is the first time since August that I have gone to a store and shopped ALL BY MYSELF. I felt accomplished and like I have finally not been a burden upon everyone else. I did get several odd looks, but then again most people aren't breathing heavy and wincing with each step while hogging an aisle because they need to use the cart to get around. I must admit there were a few times I just thought "this is crazy, I should just leave and come back later with some help". I then wanted a Teryaki Rice Bowl for lunch and I had about 20 minutes to kill before they opened so I went to Toys R Us which is across the street to check out the games. I have been wanting the Pink Boutique Monopoly edition since I first saw it there and I decided that I was going to splurge. Surprisingly it was on sale for $20.99 so I picked it up along with a cute Littlest Pet Shop Guess Who? game for Ashlyn that was also on sale. I am so glad I decided to stop by!
I then went to lunch and let me just tell you that a wonderful man really surprised me by getting up from his lunch just to open the door for me. I had no idea that he had done that until after I had ordered and I was waiting for my food and I saw him eating. A sudden warmth spread over me and my faith in kindness returned. He even got up as I was leaving to open the door as I left and offered to help me to my car which I declined, but it was so very sweet of him and I will never forget his kind act. In all the time I have been on crutches, I can count the times that others have offered to help me; less than 10. Now how freaking sad is that? I have gone up to doors and there have been people who just couldn't wait the extra few seconds to hold the door open for me even though they looked at me (or maybe it was through me), and even times when people have been standing right beside the door on their phones and then look at me and not even make a move to help. Some doors are really heavy and a huge challenge to open while balancing on one foot and trying to maneuver the crutches. I try to find the good in people, but lately it's been challenging. However all it takes is one stranger to remind me that there are good people out there.

After I ate lunch on Monday I turned the Christmas music up and wrapped all the rest of the gifts and sorted all the kids' stocking stuffers into individual bags so it's easier for Kenny to fill them. I am going to miss doing all of this myself, but this Christmas is going to be out of my hands and into the hands of everyone else. I will be a director and not a doer which is so hard for me. lol!

Tuesday I had the urge to tackle Skye and Ashlyn's disaster zone and spent several hours going through their closet and drawers and Ashlyn's Littlest Pet Shop toys. I spent almost 2 hours just separating all the LPS stuff into bins and baggies so it would be easier for her to find and clean up. I was amazed at all that she has, but then again it's about the only things she has toy wise. At least she plays with them everyday and they are just too darn cute! I got rid of a huge box of clothes that they aren't wearing and now they can actually hang thier clothes up without having to cram them in their closet. I even convinced Ashlyn to get rid of 10 more stuffed animals. I also spent the day doing laundry. I swear laundry just magically appears from nowhere at times.

Yesterday I volunteered to work the Book Fair at Ashlyn's school for 4 hours. it was fun, but I was tuckered out when I got home. LOL! Classroom after classroom of kids sure can take a lot out of one. Again, another moment when I have the utmost respect for teachers. :) AND I was able to walk out of there with only $37 worth of books, I think this is a record for me. I usually drop at least $100 at these things because I just love to buy books. I was proud of my restraint, but it was hard. Before the classes arrived I had about 30 minutes to gather books that I was interested in and I had quite a stack, but at each between class break I would put one or more away and soon I was just down to 3 books for Ashlyns' teacher, one for me, one for Skye and 2 for Ashlyn that I wasn't going to let go. Not bad. However tomorrow is the last day and I may go back for a few more. haha!

I have been scrapping a bit. I have so many ideas, but no energy. Here are two layouts I created this weekend. I hope to have another one tomorrow.

Oh, one more thing... Holly, the owner of Pink.Sugar.Pop. is closing out the stamps. She's moving onto bigger and better things. So, if you are looking for some PSP stamps, this is the last time to get them. Everything in the store is 25% off and going fast! You can check them out here.
I am sad to see PSP go, but I have no doubt Holly's next venture is going to be amazing!

I thank you so much for your kind comments! :) Have a beautiful day.